Will Java Flourish or Vanish in the Future?

Technology Will Java Flourish or Vanish in the Future? 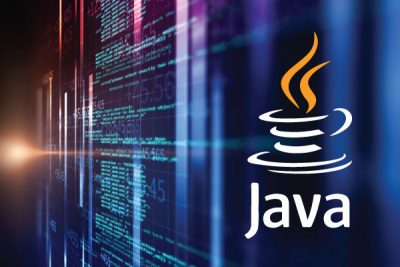 The topic regarding the future of Java has always remain debatable. There are many persons out there who still wonder that whether learning Java will be fruitful or not? This thought creates a lot of buzz among the developers because the advancing pace of the IT sector has astonished everyone. Java is one of the most prominent languages prevalent in the industry for more than 25 years. So, to get a concrete idea of whether there is a scope of Java or not let’s ponder over the facts to understand it better.

Why Java is so popular?

Java has been one of the most loved languages in this techno world. It has established its roots in the industry for the past 25 years that have witnessed a tremendous evolution with time. Java is one of the most flexible and user-friendly languages that you can rely on. The code once written in Java can be used very easily on any operating system without making any sort of modifications. This is one of the most amazing features that Java possesses.

Java is an object-oriented language that possesses the qualities of security. It has also made Java a much easier language to use and interpret. Java is a versatile language with n number of applications and areas of significance. Many renowned companies use Java as a core language for development. Moreover, a Java application is capable of handling numerous concurrent requests when it has once established well for some months.

There are some of the most amazing features of Java that can help you to a great extent to avail of the maximum benefits of it.

Java is one of the easiest understandable languages. You can easily code the program because it is based on C++ syntax so that it doesn’t pose any sort of problem for you.

Once you write code in Java, you can run the code on any of the operating systems you are comfortable with. The compiler of Java is capable of generating the bytecode that is delivered to Java Virtual Machine (JVM) that resides in the random access memory.

Multi-threading is one of the most unique and strongest features of Java. Developers can easily create multi-threaded programs. You can easily implement the threads in Java either by extending the thread class or by running the interface.

Java is considered as an architecture-neutral language because in this the bytecode generated during the compilation of the program doesn’t directly interact with the particular computer architecture that adds an added advantage to the use of this language.

Java helps you seamlessly to detect run-time as well as compilation-time errors. When the mistakes are highlighted, then the number of errors in the code is reduced to a great extent. This is one of the most reliable and efficient features of Java.

Java remains on the top list of popular languages. There have been many other programming languages that came into the picture with their budding innovations and ease. But, a large question lies in the fact that whether these latest technologies have the power to vanish the utilities of Java? Let’s have a sneak-peak at these technologies:

Python is one of the most in-demand languages with a large proportion of developers. It is one of the most loved and prevalent languages due to its extended library support that comes into play for web development. Many renowned web applications have used Python for programming.

This language plays a major role in the field of sentiment analysis and prediction algorithms that are highly effective in the gaming and service areas. These are the precise areas in which Python is used and it has no chances of replacing Java because it has a predefined set of working areas.

Kotlin is one of the most terrific applications introduced for Android development. It has been released in 2016 and is considered one of the most preferred languages for Android development. There are no chances that Kotlin can take the place of Java because it is not very prominent among the developers and there is a very limited number of developers working on it.

Scala is one of the most innovative programming languages designed for functional and object-oriented programming. It offers simple syntax and terrific compatibility with JVM. Scala is not very easy to learn and it becomes very tedious to grasp as compared to Java.

Swift is inclined to the development of iOS, macOS, tvOS, and watchOS platforms. It has been created by Apple.Inc for open-source programming. There is no concrete evidence that whether this technology will take over Java or not.

Why Java Won’t Disappear in the Future?

There is no scope that these languages can replace the advantages of Java. But what are the valid reasons that make Java par more excellent than others? Let’s have a glance at some of the features that won’t let Java be overpowered by any other technologies.

Java has a great role to play in this industrial revolution. There is no such technology that has the capability of vanishing the immense benefits of Java. All the technologies have their areas of specification so that there is no scope that Java will vanish in near future. Several developers are skilled in Java and others urge to learn it. So, Java has no scope that it will be overpowered by others. We can surely say that Java has a long way to go and it can achieve great milestones in the future!!

React vs Flutter: Which is the Best Choice?