React vs Flutter: Which is the Best Choice?

Technology React vs Flutter: Which is the Best Choice?

Flutter and React Native is one of the most promising technologies used for mobile development. Both of them have shown a brand new scenario and ease for the developers as well as for the businesses. No doubt, both of them are giving neck to neck competition to each other but there lies a very thin line between better and the best. But, which one to prefer is one of the most important questions that everyone seeks before diving into the technology. We are going to have a tour of both of these cross-platform mobile development technologies so that you can have a better understanding.

React Native is an older platform created by Facebook in 2015 as compared to Flutter that came into existence in 2018 by Google. Both are them are completely compatible with developing iOS/Android apps. You need not rush here and there searching for various platforms because your needs are completely sufficed by them.

Difference between Dart and JavaScript

For a better understanding of React Native and Flutter is essential to know about its soul on which it works. React Native uses JavaScript and Flutter uses Dart. JavaScript is one of the oldest and reliable programming languages used by many developers so it has strong roots for so many years. Various statistics have shown that JavaScript is used by a large bunch of people and many others are having this on their bucket list for learning.

On the other hand, Dart is quite difficult for programmers to learn because it was not commonly used. Though it has borrowed elements from JavaScript still it remains unique overall. Dart is considered faster than JavaScript as it has the capability of better process optimization and fast development. These factors play a predominant role in selecting the one that suits best with your needs.

Technical architecture plays a very crucial role in deciding whether to go for React Native or Flutter for development. React Native uses the Flux architecture from Facebook or we can say that it uses the JS environment architecture. It relies predominantly on the JavaScript bridge to communicate with the native modules.

Flutter doesn’t rely on any bridge to communicate with the native modules. Flutter uses the Dart that uses the Skia C++ engine for accomplishing various tasks. Everything you need for the development, you can find in the engine itself without bothering much.

API plays a very vital role in accessing the native modules. If these modules are not supported properly the application won’t give the essence of a native application. Flutter and React Native differ in this context. React Native has very few components that just provide UI rendering and device access API. It has to depend on the third-party libraries to access most of the native modules.

On the counterpart, Flutter comes with a rich component set. It has all the pre-loaded libraries that are essential for accessing the native modules. The most amazing part with the Flutter is that it comes with widgets that are extremely helpful to render the UI for the Android as well as iOS platform. You don’t need to rely on any sort of third-party libraries with Flutter.

Developer productivity is a very essential aspect when we talk about React Native or Flutter. React Native comes with a hot reload feature that comes as a savior for saving a tremendous amount of time while testing the changes in UI. If one is skilled in JavaScript, then React Native is the optimal option to go with.

Flutter is a new platform as compared to React Native. It also provides the developers with the hot reload feature. But, the tedious part arises when the complexity of the apps starts growing then an ardent need to learn the new concepts of Flutter arises. As it uses Dart, which is not supported commonly in many IDEs so the complexity starts building up.

The practice of Continuous Integration and Continuous Delivery plays a major role in getting feedbacks and avoid any sort of code releasing with bugs. React Native doesn’t’ have this whereas Flutter outshines React by having this setup in possession. The Flutter apps can be easily set up with this service by using its amazing CLI tools.

Flutter and React have their own set of boons and banes. Both of them are extremely helpful in easing the task of building cross-platform mobile applications. No doubt, React Native has been in this race for a bit longer than Flutter. But, Flutter has all those capabilities that can become the future of mobile app development. Both of them are at the par excellence level. You just need to focus on the needs first and then deep dive into the development. No wonder, which between both of them can outshine each other in the future!! 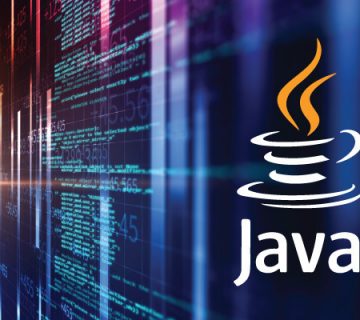 Will Java Flourish or Vanish in the Future?